The Archie Bray Foundation is the oldest and arguably the best ceramics residency in the world. Founded in 1951 and based in Helena, Montana, the Bray is situated on the grounds of a historic brick factory. It‘s a place infused with history, yet boasts state of the art facilities along with the brightest artists in the ceramics world. I’ve been involved with the Bray for fifteen years and my love for it has grown deeper and deeper. While I make an annual trip out here as a board member, I’m back as an artist this time. And as the Bray’s 60th anniversary event approaches, I’ve been reflecting about a few reasons that make the Bray so special. 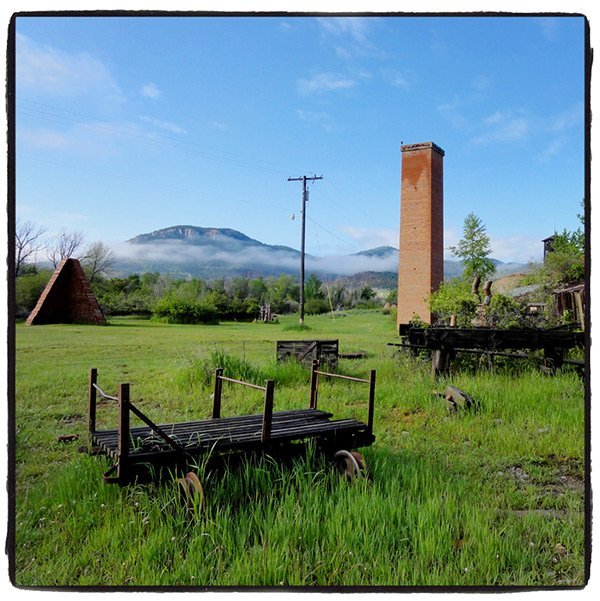 Flexibility
The Bray is really proficient at changing with the times and being open to new ways of thinking, all the while remaining true to its mission of being a “fine place to work”. For the Bray’s 60th anniversary this month, ten artists have been assembled as a think tank to explore the “edge” of digital technologies and ceramics. Artists have brought two ceramic printers and one milling machine to fabricate objects that have been designed on computers, rather than with traditional techniques. It’s interesting coming in as a potter who uses technology more for social outreach and marketing because it’s encouraging me to approach my ceramic work in a different way. As a first project, I’m making a token in Rhino (with the generous help of numerous fellow artists along every step!) that plays with ideas of value and exchange. At the same time that all this is happening, an anagama is being loaded today by a crew of potters who love the richness and ardous process of woodfiring. The flexibility that the Bray embodies by having these two processes running parallel is just one example of what makes the Bray so good.

Trust
In my opinion, one of the most valuable things one person can give to another is trust. It acts as a kind of nourishment that allows people to sprout, grow, take risks and thrive. I’ve seen the Bray adopt this philosophy as in institution again and again, despite changes in leadership, staff, and the resident artist community. The way in which it’s manifested is that residents here are not in a retreat, cut off from the world, but present in the messiness of life. There’s no dorm or set mealtime to artificially structure their lives as it is in other residencies. The Bray has set up residents with what they need as artists and a minimal set of community expectations, after which residents have the freedom to make work in the way and at a pace that makes sense to them. This kind of trust works really well because it relies on the best things happening organically through self-motivation. I’m talking about art work, but it even happens in the kitchen, as evidenced by last night’s spontaneous handmade ravioli dinner made by six and spearheaded by artist John Williams, who just flew in from Italy. 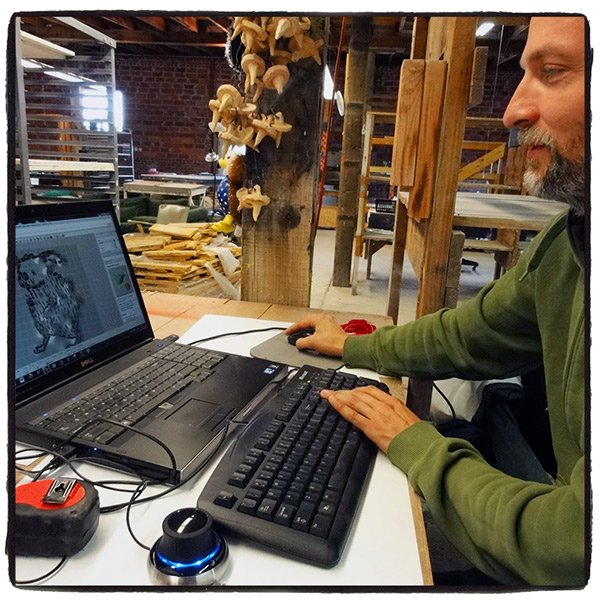 History
Almost ten years ago, the new Shaner Studio and resident artist center were purposefully built on the edge of the ruins of an old brick factory. The massive humped domes of the beehive kilns, the railroad trestle, the hills of discarded brick, and the tool shop in back that literally acts as a window into the past, set the perfect scene. Growing up in New England, I love the closeness of history because it always presents a question about where we are now and how similar we really are to the generations before us. Walking around the grounds is like seeing a timeline of modern studio ceramics come to life. Rows of whole and broken pieces line the walls of the original pottery building and can often be identified as early pieces of this or that now famous artist. As a young potter living here for two years, I spent an inordinate amount of time trying to identify all the shards I saw on a daily basis because it was both a history lesson and a way to connect to those who worked here before me.

The upshot of being surrounded by all this ceramic history is that it acts as a major motivator for many artists in the studio. Having a place in this continuum, wanting to contribute, and moving the dialogue forward are what lead to some of the most exciting experiments and best pieces ever made in ceramic arts. Being among the innovation and passion of the resident artists and the sheer brain power of the “Edge” artists is both humbling and energizing. These three reasons are just a few of many reasons I love the Bray.